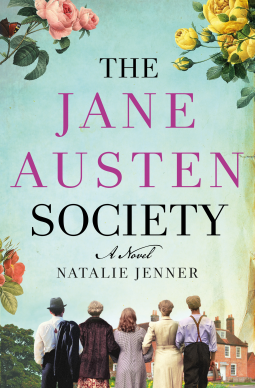 Being a fairly avid Jane Austen fan, I fairly salivated when seeing this title. Assuming the story would mirror the wit and craft of the book's namesake, I eagerly tucked into the book as one would a long anticipated banquet.

Things started out quite beautifully in the village in which Austen had lived. An American tourist searching out the novelist's home and being assisted by a friendly local. One wondered where that thread might lead. As each character is introduced, readers get a hint of a parallel Austin character and will wonder which of the novelist's storylines is playing out in a contemporary setting.

One thing I have appreciated about Austin is that even the nasty characters have a certain amount of decorum and one can read the books without being assaulted with vulgar language or graphic detail of exploits. Upon encountering a cohabitating couple, I was sorely tempted to chuck the book. The obligation to complete a review was the only reason I carried on until the end. And by the time I'd finished, my disappointment had turned to sadness as the book closed on a very un-Austin like note.

I had some nigglings as the book went along with the characterization of a couple characters and their lifestyles. But given their minor role in the story, I plodded on only to be completely blindsided when the book concluded with the final "pairings."  I felt as though I'd witnessed the vandalization of a work of art. Sorry, this is one book I will not be recommending.

Disclaimer: I received a free digital copy of The Jane Austen Society from NetGalley for the purpose of review. No other compensation was received and the views expressed are my own.
at February 24, 2020