Death in the Shadows by Paul McCusker 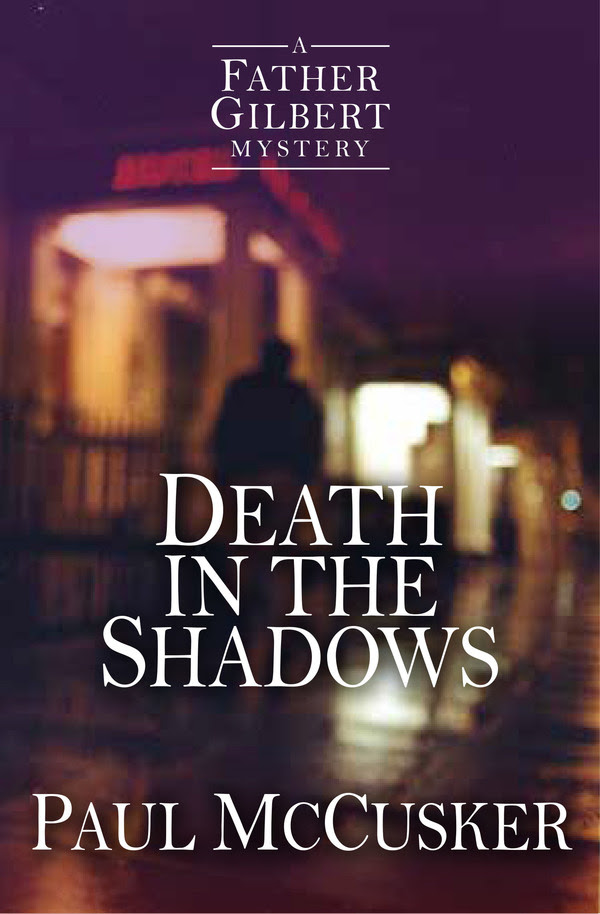 Death in the Shadows is the next installment in the series about Father Gilbert, ex-policeman turned priest who has a penchant for solving mysteries. While this book makes passing references to previous stories, each novel presents and solves its own case.

While attending a conference for clergy, Father Gilbert sees an apparition of a woman who has been killed. He feels compelled to contact the police about what he's seen. An acquaintance from his police days happens to be working the case and Father Gilbert finds himself trying to balance police work while keeping up with his clergy duties at the conference. His investigation reveals the layers of evil within the Engelsea community.

This mystery had darker undertones and definite allusion to the spiritual warfare that surrounds the human trafficking business. Father Gilbert seems to be able to see and sense demonic beings that have a stake in the "business."  As the investigation unfolds,  the pervasiveness of the evil becomes evident. And Father Gilbert soon discovers that not everyone wants to be set free.

Grappling against corruption, temptation, deception and greed, Father Gilbert becomes instrumental in finding justice for more than one murder.  Given the mature nature of the story, I would recommend it for adult reading.  Hopefully McCusker's book will not only raise awareness of the reality of human trafficking but also mobilize people to help stop it.  The author includes a list of organizations that are trying to put a stop to this modern day slavery.

I should mention that in addition to the "vision" that Father Gilbert has of a murdered woman, he also sees ghost-like beings from various time periods. That was kind of weird and I would have preferred to have that portion out. That may discourage some from reading the book.

Disclaimer: I received a copy of Death in the Shadows from Kregel Publications for the purpose of review. No other compensation was received.
at January 02, 2017