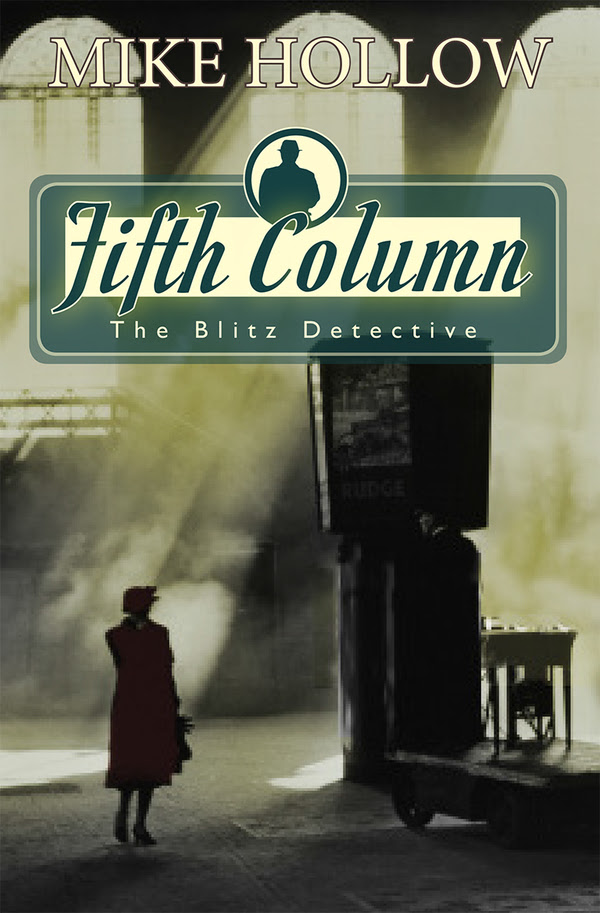 Fifth Column is the second book in Mike Hollow's series about the British crime fighter, Detective Inspector John Jago. The series is set in London in 1940 during the time known as the Blitz. While the city is preoccupied with blackouts and finding shelter during air raids, criminals aren't exactly on holiday. The Blitz provides the perfect cover for all manner of crime, and Jago is determined to bring criminals to justice.

With the war going on and so many young men enlisted, good help is unfortunately hard to find. Paired with a rather young and inexperienced sidekick, Peter Cradock, the Blitz Detective finds himself in the role of mentor as well as partner.  But Cradock does have a few shining moments where he helps the case along. Jago finds himself fighting not only crime, but the memories of his own battle experiences during the previous war. Being a very private man (and a bachelor), Jago pretty much keeps his past to himself. Catching glimpses of vulnerability makes the character more likable and realistic.

Readers will be drawn into the mystery while learning quite a bit about the time period and setting. British terms that may be unfamiliar are explained at the author's website. Hollow also provides some historical background about the setting for those unfamiliar with the specifics of WWII.  The mystery can be enjoyed with or without a knowledge of WWII and even by readers who may not have read the first in the series.

For additional information about Mike Hollow's books, or about the time period, visit his website, The Blitz Detective.  Author Hollow is currently working on the third book in the series to come out in 2017.

Disclaimer: I received a copy of Fifth Column from Kregel Publications for the purpose of review. No other compensation was received.
at September 19, 2016