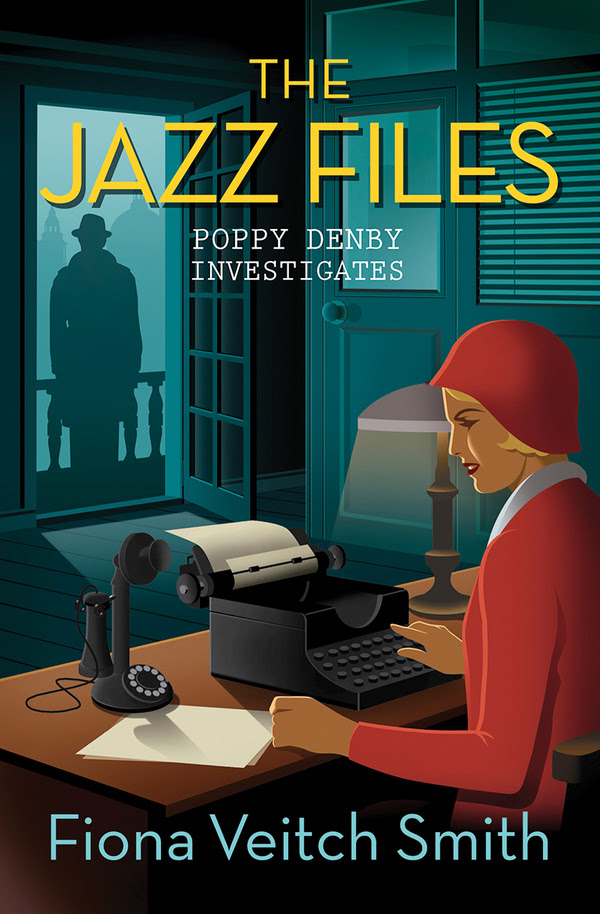 Poppy Denby, a young lady living in the 1920's, thought she was heading to her Aunt Dorothy's to be her companion but when she arrived, her aunt had far bigger plans for Poppy.  As a suffragette, Aunt Dot fully understood a young woman's desire to venture out and make a place for herself. So with her aunt's encouragement, Poppy begins a round of interviews but soon finds out that the job pool for women was very shallow.

But with persistence, Poppy lands a job at a newspaper. Granted, she will be starting pretty much at the bottom but with some persistence and ingenuity, she manages to find some adventure and mystery. She soon finds out that she is up against more than just discrimination against women in the workplace.  As she probes into the unsolved death of a suffragate, she finds herself tangling with darker forces than she ever knew existed. And she's not quite sure who are friends and who are foes.

Poppy is a feisty protagonist who experiences the first thrills of a career, a budding romance, and all the excitement of the times. And she also discovers that she's not half bad at solving mysteries. I'm hoping Poppy Denby will return in future installments.

One word of caution is that the book did mention a minor character's lesbian feelings. While no explicit details were given, it wasn't exactly frowned upon. That was the only disappointment I felt over the book that was otherwise very entertaining.

Disclaimer: I received a copy of The Jazz Files from Kregel Publications for the purpose of review.
at March 14, 2016