The House on Moody Avenue 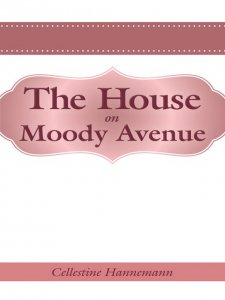 If walls could talk, they would tell some interesting tales.  We live in a house nearly 100 years old and it's fascinating to think about what the walls of our home have witnessed--what sorrows, disappointments, or joys?

Cellestine Hannemann, the author of The House on Moody Avenue, has taken this concept and formed a saga of the lives that have come and gone from Moody Avenue.  The majority of the book is back story before the house even existed. Readers are introduced to Lisette who becomes orphaned and experiences the difficulties of life on the street. She providentially receives assistance in the form of an apprenticeship to a milliner.  Not a life in a loving family but some security nonetheless. Then in fairy tale fashion, she gets courted by a wealthy gentleman who is not concerned about social norms and the repercussions of marrying below his social class.

The House on Moody Avenue is built as a wedding gift to Lisette.  Tragedy, however, prevents Lisette from moving in as planned and she once again is forced to rely on others' kindness to help her through grief.  Then ensues a chronicle of the ways she seeks to find purpose in her life as a young widow.  She does eventually move into the House on Moody Avenue but not as its mistress, more as a voluntary servant. But with some additional hardships along the way, she once again beats the odds and marries well.  Twice lucky in love and fortune seem unlikely, but it makes for a sweet story.

The book then fast forwards to the roaring 20's and in this portion of the book, a crazy quilt of characters converge to live in the house on Moody Avenue, turned boarding house, after years of neglect.  I liked the concept and various "flavors" each character's story brought to the house but felt like this part of the book was hurried and not nearly as developed as Lisette's story.  I also felt that some characters escaped the consequences of morally wrong choices.

Finally the reader is transported forward to the 60's in which the house comes to a very abrupt and tragic end.  This final portion was quite disappointing as there was very little information on characters--they basically served as the means to the end of the once stately house.

The tone throughout the story reminded me Louisa May Alcott or Grace Livingston Hill.  Also a female sort of Horatio Alger tale.  But I felt where this book fell short was the opportunity to include messages of redemption. Several characters would have benefited from the influence of a strong Christian who could have helped them along a better path.  All in all, I was disappointed with how empty each life really was. The book is really a collection of "orphans": people who felt isolated and alone for one reason or another and abandoned either by family or society.  And instead of being able to find significance in Christ, they just sort of wandered through life.

If you like an old-fashioned story without a preachy message, then this may be the book for you. It will certainly cause the reader to examine the course of their own life and ponder what the walls of their house might say once they are gone.

The House on Moody Avenue can be purchased as an ebook ($3.99) or softcover volume ($24.95) directly from the publisher, WestBow Press.

Disclaimer: I received an e-book version of The House on Moody Avenue for the purpose of review. No other compensation was received.

REVIEW REQUEST: "Adventures with Buster" is a children's book that will entertain and educate readers about guide dogs and blindness. I am legally blind, and my guide dog, Buster, and I have been a team for over two years. "Adventures with Buster" is my first book in which I share experiences we have had together. I would like to send you a copy of the book for you to review. Please let me know if you are willing to do so. Thank you for your consideration. London Lake Pickett (adventureswithbuster@yahoo.com)