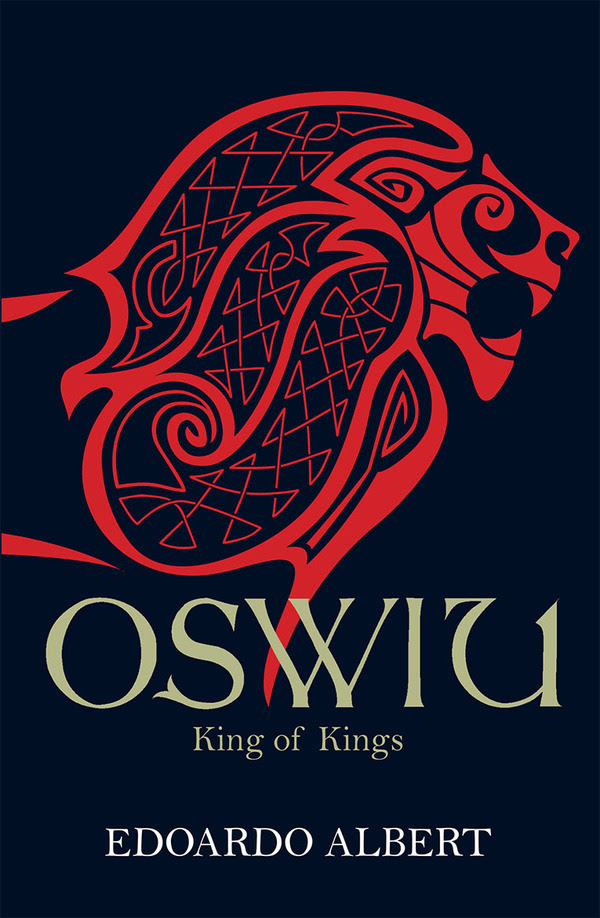 Oswiu: King of Kings is the concluding book in a trilogy detailing his ascension to the throne during the Dark Ages (early 400AD). One gets a very clear glimpse of a time of barbaric wars rife with deceit and treachery.  When kings made alliances and entrusted their children to foreign kings for the sake of peace. Oswiu's family had forsaken worship of pagan gods and were followers of the one true God. But the pull to return to the familiar gods of their ancestors was an ever present struggle. Especially when surrounded by enemy kingdoms who mock your God.

It's quite a sweeping trilogy that is based in large part on fact, helpfully explained by the author in his end notes. Written histories from the Dark Ages are understandably scant but Edoardo Albert has pieced together as much as he can to create the skeleton of the story and then added vivid details to flesh out the body of the work.

For those who have not read the prior two books (or who need a little refresher on the details), the author provides a very helpful summary of books one and two. I would, however, strongly recommend beginning with the first book to understand much of the power struggles. A complete cast of characters and a bit about each is included at the beginning of the book as well as a glossary for words which may be unfamiliar to readers. And lastly, the author includes a brief pronunciation guide. All excellent resources for readers!

Disclaimer: I received a copy of Oswiu: King of Kings from Kregel Publications for the purpose of review. No other compensation was received.