Defy the Night by Heather Munn and Lydia Munn

Defy the Night is set in the year 1941 in France and continues the story begun in How Huge the Night. The country is feeling the effects of war with food rations and much scarcity.  At fifteen years old, Magali wants to do something of importance.  She doesn't want to to be stuck in a stuffy schoolroom studying; she wants to be out making a difference.

Enter Paquerette who has been bringing refugee children from the internment camp, Rivesaltes. Some have been orphaned and others have been voluntarily given up by parents hoping their children might survive in a better place. The work is grueling and endless--so many children needing so much care.  Magali admires and idolizes Paquerette and really wants to help with the work.

Reluctantly, Magali's parents permit her to go on one mission with no promises that she'll be able to continue. Magali returns and can't wait to go again but the reality is that she is too important at home. In her absence, her mother has been bedridden with migraines and Magali pouts over the injustice of having her plans derailed.

She strikes up a bargain with her father to finish her studies and help out her mother more at home and perhaps he will see that she is ready and capable of taking on more responsibility by helping Paquerette.  In spite of the long journey with often sick and crying babies, Magali wants to continue.  She did fully appreciating how real and present danger can be.  Magali learns some hard lessons about life--in the midst of war, foolish and immature actions can lead to tragic consequences.

This book was an incredible glimpse at the idealism and passion of some young women wanting to do what they could to save children's lives.  Exhibiting a maturity beyond their years, they learn about loyalty, self-sacrifice, and perhaps hardest of all, forgiveness.

One of the most moving books about WWII that I have read, I highly recommend it. The setting is based on the town of Le Chambon-sur-Lignon and the many aid agencies whose mission was sheltering children (along with their mothers when possible).

Heather Munn shared the following photos related to the book: 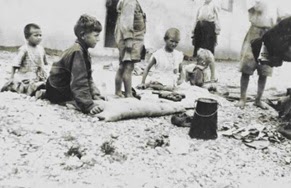 Children in an internment camp. 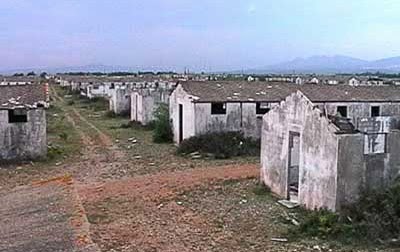 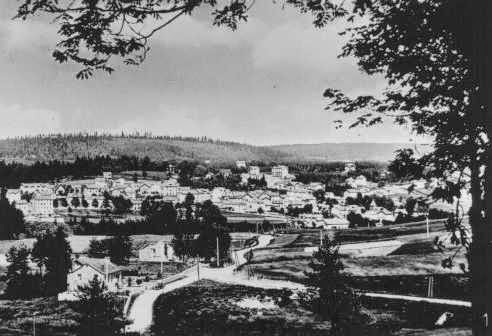 View of Le Chambon-sur-Lignon (the real Tanieux, the town that rescued Jews.) 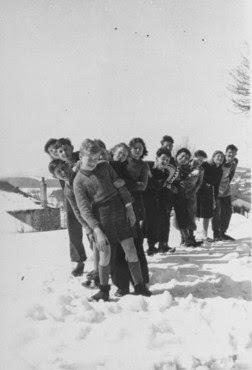 Children in Le Chambon during the war.

So many wonderful lessons from the book included: families and community working together, sharing what little one has and finding a way to do one's part. May we all be inspired to die to self and help alleviate the suffering of others in any way we can.

Read an excerpt and then get your hands on a copy!  You can purchase this book directly from Kregel Publications in paperback for $14.99. If you'd like to start with the first book, that can be purchased here.

So here's a brief primer on the big-picture facts: - When France was conquered by Germany in 1940, it was divided into two halves: the "occupied zone" in the north, where German troops were in charge, and the "free zone" in the south, where there was still a French government. - Magali lives in the "free zone," and the camps she travels to are also in the free zone. - The French government in charge of the free zone was known as the Vichy government (and the free zone is also known nowadays as Vichy France.) This government collaborated with the Germans and was under pressure from them but it did have some freedom and did some evil things on its own as well--because it was also racist in itself, believing that Jews and other foreigners were bad for France. - The internment camps in the free zone were set up and run by the Vichy government; this was their own idea. The Nazis were not in charge of this, though they must have approved. It was also the Vichy government that allowed aid workers into the camps and released children, because in its early stages it wanted to appear humane and/or there may have been some people in that government who still had some heart.
- In the summer of 1942 (not long after the book ends) all the internees in the camps who were Jewish were given over to Germany at Hitler's demand and got sent to the death camps in Germany and Poland. The Vichy government also cooperated with the Nazis after that in arresting other Jewish people in France. The camps in France became transit camps, way-stations where people who had been arrested would be locked up for a brief time on their way to concentration camps in Germany and Poland. (There will be more about this in--Lord willing!--the third book in the series.)

I look forward to the next book that will continue this story. I think it is so important that our children learn about those before them who were courageous enough to "defy the night" and hopefully they will be inspired to find ways to defy darkness wherever they encounter it.

Disclaimer: I received a free copy of Defy the Night for the purpose of review. No other compensation was received.
at April 28, 2014